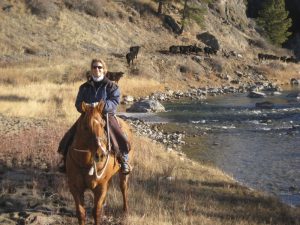 Lynn Locatelli DVM graduated from the UC Davis School of Veterinary Medicine in 1994, then practiced veterinary medicine in southwest Nebraska. Dr. Lynn’s career evolved into practicing preventative medicine, feedlot consultation and endpoint management. She has used ultrasound technology to manage the endpoint in nearly one quarter million feedlot cattle in a variety of facilities. Dr. Lynn studied stockmanship under Bud Williams while Bud resided in Nebraska. She continues to study Stockmanship and since 2003 has been providing consultation and seminars for low-stress livestock handling throughout the United States and Canada. Dr. Lynn is a frequent speaker at National and International Veterinary Conferences as well as local and national Cattleman’s meetings and special interest group sessions. 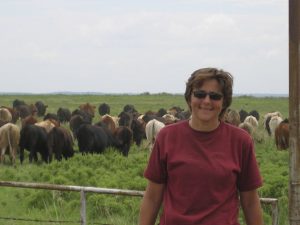 Dawn Hnatow grew up in Marwayne, Alberta, on a cow calf operation, then attended Lakeland College in Vermillion, Alberta to receive a Diploma in Animal Science. Dawn then worked at Vee Tee Feeders in Lloydminster, Alberta where she apprenticed under Bud Williams for 11 years. After moving to the states in 2003, Dawn managed the cow-calf and stocker operations of Addison Ranch, in Bowie, Texas from 2003 to through 2013. Currently Dawn is the livestock manager of Cattle Up Ranch in Sulphur Springs, TX. 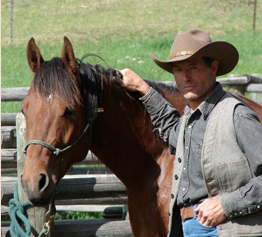 Whit Hibbard is a fourth generation Montana cattle and sheep rancher and former national park mounted ranger in charge of trespass livestock, and publisher/editor of the Stockmanship Journal. Whit is a serious student and practitioner of low-stress livestock handling, natural horsemanship, ranch roping, and facilities design. Whit participated in a major paradigm shift on his family’s ranch (Sieben Live Stock Co., Adel, Montana) from conventional to low-stress livestock handling. He was the director of a highly successful two-year project to round up trespass livestock from Mexico in Big Bend National Park which used a stockmanship approach (see The Stockman Grass Farmer cover story, December, 2007) and similarly walked in wild horses at Theodore Roosevelt National Park. Holding a Ph.D. in Human Science, Whit brings an appreciation for scientific rigor, critical thinking, evidence-based rationality, and empirical research skills to the study and practice of stockmanship. 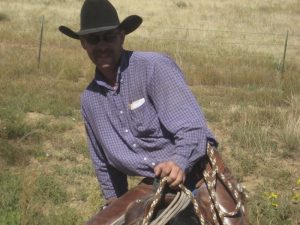 Clint Hoss grew up on a cow-calf operation in southwest Nebraska. After completing horseshoeing school in 1996 he went to work for Adkinson Inc., a feedlot and grazing operation in Benkelman, Nebraska where he was responsible for livestock care from 1996-2006. Clint had the opportunity to work closely with Bud Williams when Bud resided in Benkelman and was strongly encouraged to employ Bud’s techniques. Clint then became a self-employed stocker operator from 2006-2008. From 2008-2010 Clint managed the equine division and worked as a cattle crew associate for the Dearborn Ranch in Wolf Creek, Montana. Since 2010, Clint has been the General Manager of the Piojo Ranch in Watrous, New Mexico where he manages livestock with a low-stress handling emphasis, and is responsible for developing long term sustainability programs.

Call Us Text Us